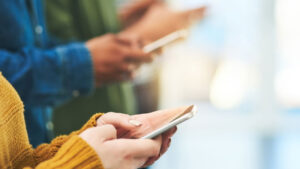 Creativity is increasingly important in contemporary organisations, particularly those in the high-tech IT industry, where organisational success is highly dependent on constant improvement.

Consequently, research on creativity has been burgeoning in recent times. Examination of the creativity literature reveals several inconsistencies and ambiguities.

In particular, an emphasis on the prototypical creative individual has limited the focus of much of the existing research to considerations of personality traits as the main predictors of individual creativity.

The present research was designed to address this limitation by assessing more malleable and practical individual difference variables in relation to creativity. Specifically, the relationships between proactivity and creativity as well as creative self-efficacy (CSE) and creativity were examined.

In recognition of the multifaceted nature of creativity, the networking perspective was also incorporated into this study.

In particular, both networking parameters (i.e. weak and outside ties) and roles (i.e. brokerage and centrality) were considered concurrently in relation to individual creativity. Furthermore, the potential for these networking variables to mediate the relationship between individual differences (i.e. proactivity and CSE) and individual creativity was also explored.

In doing so, this research integrated both the individual difference and networking perspectives on creativity.

Data from 180 employees were matched with data from 51 corresponding supervisors working in a large Australian IT organisation.

Use of this context enabled improved generalisability of the study findings as previous research has largely been limited to Asian and/or student samples.

The proposed mediation effects were examined using the joint test in structural equation modelling. Overall, mixed support was found for the ten hypotheses.

Networking parameters (i.e. weak and outside ties) were however not significant mediators in the relationship between individual differences and creativity. Interestingly, brokerage was the most significant antecedent to individual creativity.

Overall, the findings corroborate, extend and challenge existing findings on individual creativity and as such have significant theoretical and methodological implications for future creativity research.